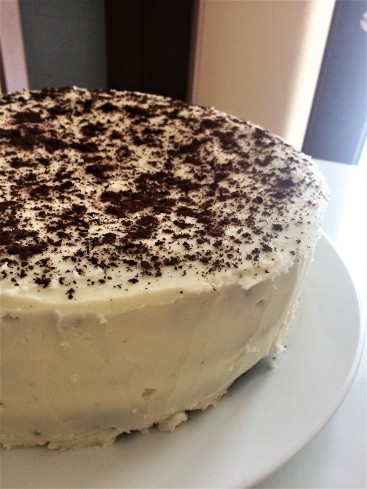 Disclaimer: I don’t cook.  I know, I know, absolutely insane because I go to a school that is all about food.  Yet, I don’t really cook.  I am not a complete Neanderthal in the kitchen though.  I can make a few things well, like meals that I remember my parents making growing up.  The thing is, that I am not a creative chef.  The people that can walk into a kitchen, take a look in the fridge, garden, and cupboards, and set to work, preparing a delicious meal, that’s not me.

That’s why I am The Very Hungry Traveler.

I may not be able to cook well, but I can bake.  However, I never anticipated how difficult it would be to bake here in Italy.  Earlier in the month was the birthday of one of my dearest friends in the program. For his party, I wanted to make him an “American” birthday cake from scratch. But walking out with 24 candles aglow on that cake required three supermarkets, raiding two friends kitchens (each twice), falling down a flight of stairs, breaking a hand mixer and blowing electricity breaker in my apartment. (I sound like I am writing the first chapter of a Lemony Snicket book.) It was a labor of love to say the least.

It started about a week or so before the party, I needed a great chocolate cake recipe.  So, I went to the queen of chocolate cake herself, my sister.  Within minutes of sending a text asking for one, I had a picture of a recipe with a caption saying, “I shouldn’t be giving this to you, but this is is the best chocolate cake I’ve ever had.”  If you know Angie, you know that statement is not to be taken lightly. 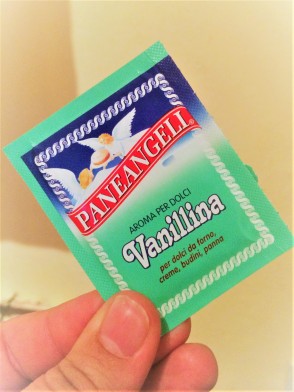 Just finding the ingredients I knew would be a hurtle.  Seeing how I couldn’t even find baking soda when I first moved to Italy, (a friend had to get it for me) I didn’t have a lot of faith to begin with.  Thankfully, one of the girls in the program, whose dad is a pastry chef, was game for an adventure and agreed to help.

After school one day, we headed to the grocery store. This first stop took about an hour between walking all over the store, converting cups and pounds to grams, and trying to check out before the birthday boy (who just happened to be doing his shopping that afternoon) noticed what we were doing.  I walked out with what I thought was all the ingredients I would need and more than a few confused looks from locals.  Even my friends were giggling at my seven boxes of powdered sugar. (Fun Fact: It isn’t sold by the pound here, rather in 250gram increments.  In case you need to know, two pounds is about seven boxes.).

Next stop was to a friend’s house to raid her kitchen for the utensils I needed.  Add a few pans, a mixing bowl, the measuring cup and spoons (thank goodness for her roommate from Philly) to my load and piling another bag on my shoulder, it was off to the Romanian store to find sour cream.  Carrying four bags large reusable grocery bags almost two hours later, and totally sweaty, I returned home to start baking.  As I began, I video-called my sister to make sure I had everything I needed.  All was well, until I showed her the pans I had to bake in.  She smiled and said, “hhhmmmm ok you might be baking all night.  The recipe makes a ton of batter.” So, I was off back to my friend’s house for the larger baking tins.

I returned home to finally start baking, only to realize I didn’t own a mixer.  Threw my shoes back on and was out to borrow it from another friend’s house.  Back to my apartment to start the batter, turned on the stove and was doing well. For the first two steps.  Moving onto the brown sugar, I opened the pack and was overwhelmed by the smell of molasses that had been used to color the sugar.  Shaking my head as I looked at the clock and realized the store was closed, I took to my phone to find a friend that had sugar.

It was back to the apartment where I had borrowed the mixer for three cups of sugar (I felt like a cartoon carrying my measuring cup down the road).  As I gave her a quick hug and turned with my full cup of sugar and an extra bag (just in case) I was focused on getting my sugar home.  Too focused, in fact, to realize that Toms shoes don’t stick well to marble stairs, and within seconds my foot slipped out from under me and down a flight of stairs I went.  I laid on the ground, covered in sugar and convinced that my tailbone was no longer a part of my body, when I heard the worst sound.  Someone asking if I was ok.  This had to mean this kind stranger had witnessed my crash land down the stairs.  I quickly said that I was fine and mustered myself off the ground and limped down and out the door.

Home again, I finally could continue baking.  I made it at least another half hour before the mixer made an odd sound and spontaneous one of the heads burst apart into my batter.  I must have looked like a little Peanuts character, face covered in flour, throwing my head back in the air to question the universe why me.  After tapping into my inner engineer and wishing I had four extra hands, I finally got the head together and could get back to work.  Another half hour later, two more video-chats with my sister, a few Google searches on how to use powdered vanilla, and cakes were finally in the oven.

Somehow, I managed to get the temperature right and they baked perfectly.  Then it was into the freezer for the night, and another glass of wine for me before bed.  The next morning, I was up extra early to make the buttercream and frost the cake before class.  Everything was going pretty well, and seven boxes of powdered sugar later, the buttercream was coming together and I was feeling good.  Then the power went out in my apartment.

Frazzled, I tried desperately to remember what my landlord has said to do if this happened.  I ran down into the courtyard to check the breaker to my flat, but it was fine.  I ran back inside to try the breaker in my bedroom but it would stay in the on position.  So, I sent a text to the landlord and prayed he was awake.  A text and video-chat with him later (I’d seriously die if I didn’t have technology, or at least wouldn’t have a cake) and power was back on.  And it stayed on, long enough to finish the frosting, a crumb coat and get the cake back in the fridge before school.

The “American” birthday cake (our standard two-layer round cake is very odd here) was a hit at the party.  It was an interesting experiment to see how different nationalities handle sweets.  Some people loved how sweet the buttercream was, others ate the cake out from under it.  All in all, it was a success and I was happy to be able to provide the experience for my friends.

This was an absolutely crazy 24 hours of preparation just to make a birthday cake, but it was a good reminder.  As travelers, we tend to forget that everything is different around the world.  We get used to not understanding languages and customs, how to switch on lights, or purchase certain products and so on.  However, once we adjust to all of those biggies, we forget that the small stuff can be different too.  Life living abroad is definitely never boring.  Even the small events like baking an American birthday cake can throw you out of your comfort zone.  But after all, isn’t that what it’s all about?

One thought on “Count the Memories, Not the Calories”