I think most kids who complain about their parents are liars (sorry for using that word mum).  Either that or there is some fiber running around our DNA as children that makes us grit our teeth and roll our eyes as adolescents.  That little fiber disbands and falls away somewhere around college, and for the lucky few is replaced by a new string.  The new string that connects home.  If we are lucky, the farther we travel the stronger the string becomes.

When I first moved away from home and went to college, I missed my family, but I was only an 8 hour drive or hour long flight away from my hometown.  Studying abroad was my first test.  When the end of the semester rolled around I was ready to go back home, but I somehow never felt homesick during those five months.  I think it was because for the first time in my life, I had talked to my mum every single day.  The distance, the 5000+ miles, gave me the greatest gift, a best friend in my mum.

I am sure part of it has to do with the fact that I started out as the baby of a very tight family.  My four older siblings and parents are my 6 favorite people on Earth.  So I am sure you can come close to imagining my excitement this time, as the days ticked down to seeing my parents again after five months away.

My dad brings a soccer team from the US to play in Europe for three weeks, every other summer.  As our luck would have it, this was the summer for them to come.  It was a calming force when I said goodbye at the airport, knowing we would all meet up in five months in Italy.  Seeing how they couldn’t come to me, I had to go to them and the team.  It worked out to spend a long weekend with them in San Marino and another in Gothenburg Sweden. 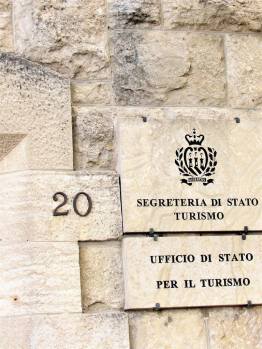 Because of my school schedule, they arrived in Italy about a week before I got to see them, which was pretty much the hardest part. But when that Wednesday arrived, the second my morning class got out, I was at the train station setting out on the journey to go from Bra to San Marino.  Now trains are great, except for being at the mercy of where the segments run and the different train times at every station.  I had two options, have about an hour at every stop I made and arrive at about 9:30 pm or have one long stop and two others of only minutes to arrive at 8pm.  Obviously I attempted for the faster route.

I made the hour train ride to Turin, spent an hour in the train station, then took a high speed train for about three hours to Bologna.  I knew I had only 7 minutes in Bologna to make the connection to Rimini.  So I took off, walking quickly to find the platform schedule.  Panic started to set in when I saw two escalators and still no platform schedule, so I quickened my pace. The more stories I had to climb and hallways I needed to navigate the more panicked I got and faster I ran.  Until finally I arrived on my train with 30 seconds to spare, soaked in sweat from my run with my pack on and the fact that Bologna is the hottest station I have ever been too. I vowed to never do that again.  Fun Fact: if you are ever traveling through Bologna train station, it’s three stories, enormous and rivals the Paris metro in confusion.

When I finally made it to Rimini and on a bus to San Marino, I was brimming with excitement as we climbed the mountain and in front of me sat the three towers I had seen in pictures for so many years.  As we weaved our way up from the sea, we rounded a final corner and there were my parents.  I was just about the happiest kid ever.

San Marino is a dream, the old town is filled with steep, tiny roads and incredible history.  Standing as the oldest independent republic, it was allowed to keep its independence when Italy became a nation and now is the smallest republic in the world.  Here you can take your passport to the Tourism Office and get your passport stamped.  I love seeing my adventures through my stamps, so this is something I wish I could do in every country I visit.If you ever visit San Marino, I highly recommend staying up in the Old Town and you must visit the Falcon’s Nest. At the very top of historic of the mountain sits a restaurant, owned by a native San Marinese raised in Brooklyn,  Daniel and his family. They make everything from scratch, get seafood in daily, and are incredibly welcoming.  I knew from the sound of it, it would be good, but then again, eating is where the Mustache (my dad) comes in handy.

I am not quite sure what it is, but my dad’s mustache draws people.  No matter what city we are in, my dad makes best friends with the owners of wherever we eat.  In Turin, a night of aperitivo turned into an invitation to make pasta in the owner’s home for dinner the next night.  At the Falcon’s Nest, although he only visits for one week every two years, dad walks in and the staff come from all directions to seat us and say hello.  Needless to say, we ate there at least every night.

We spent the next four days in San Marino, watching soccer and of course, eating.  We were there actually for the San Marino Cup, the largest youth soccer tournament in Italy, but were able to do a bit of sight seeing as well.  In addition to getting your passport stamped, make sure to visit the castle towers.  The most iconic part of San Marino are the three towers that stand on the cliffs.  Climb to the top for the most amazing views, the Adriatic Sea stretching as far as the eye can see out one side and the endless rolling hills of Italy on the other.  Also pay attention for the low “windows” that have been cut into the towers and walkways.  Although created for engineering reasons to let wind move through the structures, they also serve as natural air-conditioners on a hot day.

San Marino is magical, filled with surprise shops and restaurants around every little corner.  In four days I was so in love, I was asking Daniel at the Falcon’s Nest if I can have my wedding reception there someday (he said yes, thanks Mustache). After only a few days with my parents it was time to leave.  I left the team at the airport In Milan, and they were off to Sweden for the Gothia Cup.  I went home for a few days of school before I joined them.