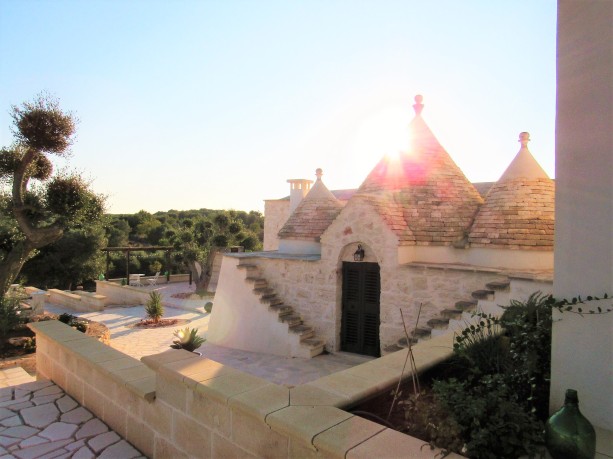 Despite the hiccups and stress, I would absolutely do Work Away again and recommend it to anyone.  It was a cheap way to travel, gave you me a great tan and hard workout, but the best part was the ability to meet kind people.  Now there aren’t any stories of falling down stairs or melting (I assume that can just be inferred about me now).  I thought a review of my actual Work Away experience would be helpful to someone interested in trying the experience.  To put it simply, do it. When I found myself with no place to work and three weeks to kill before my flight back home, I was honestly pretty discouraged with Work Away.  However, after seeing such kindness from hosts that didn’t really have the work but wanted to help me out, I fell in love with the community. 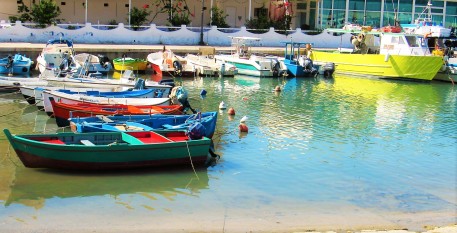 When I was sending out those 75+ emails (before I was blocked as spam, rude Work Away), I was entirely expecting to not hear anything back at all.  The first email back was a total contract.  She needed someone to babysit her child and teach them English. At least it was a placement and gave me something to do for the next three weeks.  I started communicating with her, stating I could come up in the next days, what was the position like, etc.  But her responses were less than warm and inviting, I was shocked.  She needed someone to come watch her child but honestly didn’t seem to actually care who watched her child.  I was poised to accept and say I would go, until I received the next email.

The next email that came in was pure human compassion.  It was all about how she was so sorry for the unfair situation I was in, and that she didn’t really have space for my entire three weeks but would help me find another placement after the first week.  The entire message was what travelers are looking for around the world, love, compassion, kindness, and human connection.  I knew I was supposed to go there.  So within a half hour of accepting the position and 27 texts in two hours to mum at 5am Idaho time, I was on a bus to the train station on my way to Oria.

My host was a British ex-pat that had moved to the south of Italy for sun, and was renovating a house on her three acre plot of land.  The whole situation was really, pretty awesome.  Her house was the stone shell of a 3 bedroom house (I guess it would be 3 bedrooms), but none of the rooms connected.  She had already gotten the kitchen/sitting room workable, the bedroom and bathroom were completed and beautiful.  The pool had been completed in the back and olive groves were operational. All in less than two year, it was pretty impressive.

The coolest part of her place? She had three 6 meter ‘glamping’ tents that she (and I) lived in.  They were amazing, filled with beautiful furniture and camping toilets (for the middle of the night).  It was actually brilliant because it was so hot during the day that it only cooled down at night.  The perfect set up for the world’s warmest human being (me), sleeping where it is coolest but in an actual bed.  As a kid who grew up camping all over the western US in all sorts of weather conditions including a thunder and lightning storm that flooded the tent (that’s another story), I loved it.

I stayed in Oria for a week helping with projects around the renovation.  Waking up in the morning to work for a few hours, breaking for lunch and the hot afternoon, then working for a couple more hours in the cool of the early evening.  During my time, I constructed a fire pit, moved a lot of soil, and we made an outdoor solar shower for the pool.  It was a really neat experience working, spending the hot days by the pool and exploring the countryside of Oria with my host and her four rescue dogs.  Overall a really great experience.

On one of the afternoons off, I received an email from another host. Again it was filled with compassion and kindness.  They had guests for the first week my time in Puglia and didn’t normally take workers in August because of the heat, but wanted to help me out.  It worked out perfectly, when one host couldn’t take me anymore, the other did.  When I told my host in Oria that another British couple in a nearby town could take me, she actually knew the couple and it happened that we were all going to the same party that weekend.  The world is truly so small.

After a week at the first location I was off to the next host in Ceglie Messapica, another small town farther into the mountains.  This couple had also relocated for the heat, but had been renovating their villa for over five years.  When I saw the before pictures I was shocked. They had worked extremely hard and had completely redone the location beyond recognition.

This was another interesting sleeping situation, now I was staying in my own Trullo.  The trulli are a cone shaped homes that are only found in one small section of Puglia.  No one really knows where they come from or why they are in Puglia.  Some people say they were a way of evading housing taxes, removing the cone when the tax collector came around so it didn’t look like a house.  Other people say it was an easy construction (a cone of rocks) to make or take down while working in the fields. Whatever the actual reason, I love the trulli.  I want to own one.

The work in Ceglie was definitely hard work, some shifts were tougher than others, but I learned so many skills here.  That was one of the best parts.  I did everything from painting window grates, sledge-hammering a cement and rebar outdoor table, breaking down walls, pointing new ones, grouting paving and harvesting almonds.  We were up early, at work for five or so hours before breaking for lunch and a free afternoon by the pool.

Hard work is easier when everyone is in it together, and that’s exactly how it was.  Dinners were even shared work.  Each night it rotated with one person as Master Chef, one as sous chef, and the third person with the night off.  I got to learn and eat some great food, curry, tagine, fish pie, it was always a delicious dinner.  Some nights we went out dinners to some of their favorite places in Ceglie. 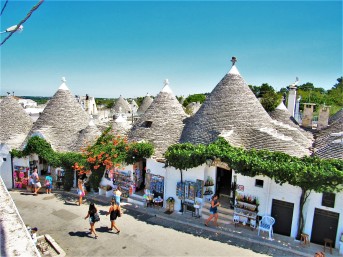 They did a great job of showing me around the region as well.  One day off, we went on a bit of road trip.  Off in the morning to a more touristy place, Alberobello.  A city of trulli. I adored it and want to live there.  From there we were off to a small seaside town for a stroll and gelato, before heading back for a drink and people watching in Ceglie’s main piazza.  It seemed like almost every other day we were off to some event happening, sailing, Miss Italia or just dinner and a stroll.

I felt so comfortable and at home in both of my placements, which just goes to show you, things work out the way that they are supposed to.  I had a plan and an idea of how I wanted to spend my holiday, working on my Italian.  When apparently, I needed to spend it working on my British (trust me I learned a whole new language) and making contacts for the next move to London.  I made friends and inside jokes.  I learned how to lose at almost every card game they taught me.  But most of all, I think it was another lesson on traveling.

Of course, it was a lesson in flexibility (like I explained yesterday) but it was a lesson on being a foreigner.  Living with ex-pats was important for me to see people who were ok with not using perfect language or customs, but were still open to figuring it out along the way, even after five years.  I had been getting so comfortable and normalized to living in Italy, I had been finding myself discouraged with myself about not bring perfect.  So, I think it was important to see if from the outside and reevaluate my situation. 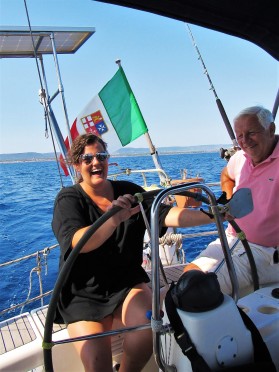 August was spent the way I was supposed to be spending my time on holiday.  Despite how discouraging the timing seemed at the beginning, everything is happening to make room or prepare the way for something better.  We simply need to have faith that it’ll all work out the way it needs to.  I am happy to be home in my little town of Bra to enjoy my last four busy months here, but I had a great time on holiday and trying Work Away.  Now off to the next adventure, Moravia, Czech Republic for study trip on Sunday.  And so the last four months of life in Bra begin…..

2 thoughts on “From Tents to Trulli”